Drug addiction brings about lots of problems to people, just like alcoholism. As the addiction develops, they would begin to abandon responsibilities at home, at work, and in their families. they would also lose interest for things they used to enjoy. In place of these, they would spend more of their time and money for drugs. Other people even get in trouble with the law.

Drug addiction also affects their physical bodies. These effects could be anything from headaches to frequent aggressive behaviors. They would also lose the ability to think clearly and make sound decisions.

You may have heard of Alcoholics Anonymous or AA, which is a support group for people who want to quit drinking. AA found huge success, and because of that, a related organization called Narcotics Anonymous (NA) was founded. NA is designed for people suffering from addictions to substances other than just alcohol. NA groups are now present in 129 different countries.

Since NA is specifically for those suffering from drug addiction, you may be wondering if it’s okay to drink while in an NA group. To answer that question, let’s look at what NA does first.

NA puts you in the company of other drug users who want to recover. It is not rehab, though. It’s more of a support group, and it uses the so-called 12-step process. These steps are based on what AA uses as well. Here are those 12 steps:

Once you join NA, a sponsor will walk you through the process. NA is mostly about joining meetings, and you’ll be encouraged to join for at least 90 days. Each meeting lasts for one to two hours.

What do I need before joining NA?

Anyone can join NA as long as they have the desire to quit their drug habits. That’s all you need. You don’t have to believe in God or be religious to join. Though there are topics that involve God, no one will force you to believe. Some non-religious NA members even attribute the “higher power” to the group itself – as long as it’s something greater than themselves.

NA also does not charge membership fees, so it’s great if you are short on money. Unlike rehab, which can cost a fortune, NA is more accessible to more people because it’s free.

Can I drink in NA? 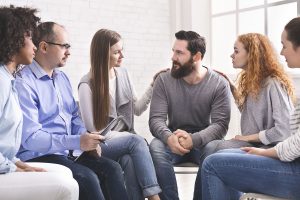 First, let’s look at the nature of drinking. Alcohol is a substance that can be addictive if you take too much of it. Thus, alcohol functions much like narcotic drugs. All the same, both can make you addicted.

Thus, when you’re in NA hoping to recover, drinking would not help. In fact, alcohol can make your addiction worse. It’s a known fact that taking two or more addictive substances together carries even more risks than taking just one substance. Also, your drug addiction could instead turn into alcohol addiction, which doesn’t help with recovery at all.

Besides, your fellow members and the facilitators would discourage you from drinking. Thus, it is not a good idea to drink while you’re in NA.

How does NA help me become clean?

The community of like-minded individuals helps a lot in your journey to recovery. NA members all want one thing – to live drug-free lives. Thus, members can help and encourage each other to stay the course. As you and your fellow members share experiences, you can also learn from each other: what to do, what not to do, situations to avoid, alternative ways of coping with stress, and so on.

Another reason is that sharing your struggles to others is itself a kind of therapy. In psychology, this is known as “talk therapy.” As you talk to your fellow NA members about your struggles with drug addiction, you feel better about yourself. This helps a lot in your recovery process.

Why should I join an NA group? 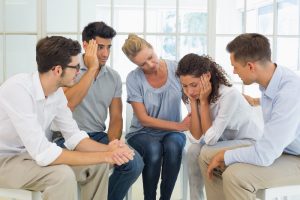 If you’re having trouble with drug addiction, joining NA is an effective way of starting your recovery journey. It won’t cost you anything; just your time and commitment. If you’re willing to go to NA meetings often, then NA is definitely for you.

Even if you’re in a rehab program, you can still join NA if you like. It’s a huge help in supplementing the therapies you go through in rehab. Some programs even include NA membership as a key component.

Take note, though, that NA is not a substitute for rehab. For one, you might need medications that can only be prescribed by doctors. You may also need therapies that only professional counselors or psychologists can perform. Since most NA groups are not run by medical or mental health professionals, you won’t get these kinds of services in NA. Best to consult professionals if you need therapies and medication.

How can I find a group?

Often, there would be more than one NA group near your area. You can first explore different groups to have a feel of what each group is like. Then, you can decide which NA group you’ll stick to. Pick the one that you think will best serve your needs.