Many drug users would take their favorite substances along with alcoholic drinks like vodka. But alcohol is a substance that reacts strongly with other substances, whether prescription drugs or illegal drugs. Thus, mixing vodka with other drugs is dangerous.

What should I do when taking prescription medications?

The best thing to do is to avoid drinking vodka when taking any medications. Because alcohol has a lot of harmful interactions with other drugs, it’s best not to risk it.

If you can’t help drinking vodka, tell your doctor about it when he gives you medications. That way, your doctor can make the necessary adjustments.

Otherwise, you may need alcohol rehab. Contact a rehab professional right away to know the best treatment option for you.

Alcohol reacts in different ways to various antibiotics. Typically, the biggest risk is liver damage, as both antibiotics and alcohol are processed there. Your liver can get overburdened with detoxifying too many substances at a time, destroying the tissue within.

Aside from liver damage, you can also experience the following side effects:

Additionally, alcohol can significantly weaken the effectiveness of many antibiotics. In turn, your infection will not be treated properly. This may even encourage the bacteria inside you to develop resistance to antibiotics, which will make matters worse.

Adderall is a stimulant, while the alcohol in vodka is a depressant. Many people believe that taking stimulants along with alcohol will make them feel less down, thinking that stimulants “cancel out” the depressive effects of alcohol. But this belief is not accurate.

In fact, taking both vodka and Adderall can make the effects of both substances even worse. While it is true that you would feel less sedated if you take Adderall while drinking vodka, it may lead you to drink more vodka than usual. In turn, you may suffer from alcohol overdose.

Adderall plus vodka also have damaging effects on the heart, like:

The alcohol in vodka reduces the effects of antihistamines. That way, you won’t feel relief from allergies as quickly and as strongly. Also, the intoxicating effects of alcohol may be worse when you take it with certain antihistamines.

Caffeine is a stimulant, which makes your body feel more alert and less fatigued. When you drink coffee and vodka together, you may feel less intoxicated than when you take vodka by itself. In turn, you could drink more vodka than usual, which may lead to a dangerous overdose.

Also, caffeine and alcohol can both dehydrate your body. As a consequence, you have a higher risk of alcohol poisoning, and you could experience worse hangovers.

When you drink vodka along with ecstasy, the latter’s negative effects would be reduced. However, the two substances will put your kidneys under a lot of stress. Also, alcohol and MDMA (the active ingredient in ecstasy) can cause dangerous levels of dehydration.

Alcohol and MDMA, on their own, can decrease inhibitions. When you take them together, the effect is amplified, which makes you more likely to participate in risky activities.

Opioids are commonly prescribed as pain relievers for moderate to severe pain. When you take them and drink vodka, the depressive effects of each substance become greater. In turn, you may suffer from extreme levels of sedation and respiratory failure, which can easily be fatal. Also, combining alcohol and opioids can lead to serious liver damage.

Other side effects include: 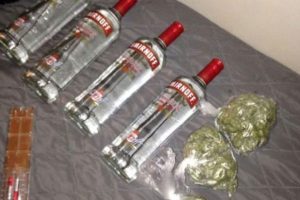 One effect of marijuana is suppressing the gag reflex, which can prevent you from vomiting when you drink excess vodka. With that, you can easily suffer dangerous levels of alcohol overdose. It may even lead to alcohol poisoning more quickly.

Other effects of combining alcohol and marijuana are: 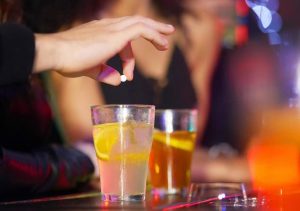 The alcohol in vodka may tone down the effects of some hallucinogens, so some people may drink vodka to tame a particularly bad “trip.” And hallucinogens also reduce feelings of intoxication.

Despite these apparent advantages, mixing alcohol and hallucinogens may lead to severe depression. These episodes last long and often lead to suicidal thoughts later on.

Hallucinogens encourage risky behavior on their own. But when taken with alcohol, your inhibitions would be even lesser, making you more likely to behave dangerously.

Drinking vodka while also taking meth is a very dangerous combination. Alcohol plus meth puts an extreme level of strain on the heart, and it also increases blood pressure by a huge margin. You will also get more severe hangovers with this combination. Also, you would risk damaging your kidneys.

Taking meth and vodka together also increases the likelihood of violent behavior and unsafe sexual activity.

What will I do if I’m addicted to both vodka and another substance?

The best thing to do is to talk to a professional and seek treatment immediately. The earlier you can begin rehab, especially detox, the better your chances of recovery.

What Is The Best Speedball Addiction Treatment?

Speedball is a formulation of illegal drugs composed of a

Methamphetamine, popularly known as meth, is a powerful stimulant drug.