Synthetic marijuana, otherwise known as synthetic cannabinoids, are man-made versions of the psychoactive ingredient of the Cannabis plant. This ingredient is called tetrahydrocannabinol (THC), and it is what produces the desirable “highs” that many users seek when taking marijuana.

The main ingredient of synthetic marijuana is not an exact copy of THC; rather, drug makers synthesize what are called analogs of THC. In other words, these are chemicals with similar molecular structures to natural THC. Drug makers regularly modify the molecular structures of their main ingredients to evade detection in drug tests, and to circumvent laws that prohibit selling these synthetic drugs.

Synthetic marijuana is readily available from a number of retailers, including gas stations, novelty shops, and even online sellers. They are known by different names; the most common ones are Spice, K2, and Fake Weed.

As with naturally-occurring marijuana, the synthetic versions have a number of side effects that are harmful to your health. Read further to know what these effects are. 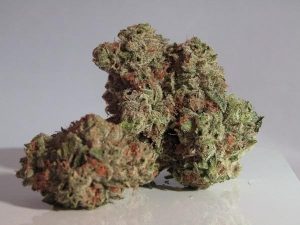 While these drugs can be bought from gas stations and other retailers, it does not mean it’s legal. Synthetic cannabinoids have no known medical benefits and have high addictive potential, making them illegal under DEA (Drug Enforcement Administration) regulations.

Many states have enacted laws that prohibit the distribution of the psychoactive chemical compounds in synthetic marijuana. However, drug makers have clever ways of going around the law.

One method is to slightly vary the chemical structure or composition of the drugs’ active ingredients. Because most policies outlaw specific substances, variations of those substances, however slight, become technically not illegal.

Another loophole is when drug makers mark the packages of synthetic marijuana with the label “not safe for human consumption.” This is despite the fact that users do consume them in many ways. The drugs are ingested, smoked, or brewed into a tea. Liquid forms of synthetic marijuana also exist, which are loaded into e-cigarretes, and the vapors are inhaled. Some users even pulverize the drugs and snort them.

Because synthetic marijuana is so accessible, even young people are keen to use it. They believe that these drugs are safe because of how easy it is to get them. But the dangers remain, especially to young people whose bodies are still developing. They are more vulnerable to drug dependence, abuse, and long-term health effects that may stay with them for life. 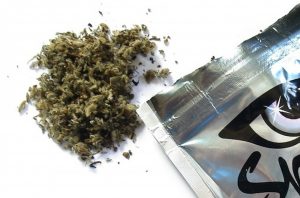 Synthetic preparations of THC can be up to 600 times more potent than the ones found in Cannabis leaves. Thus, these drugs take effect much faster and produce stronger euphoric feelings.

However, not all forms of synthetic marijuana are created equally. For each unique package that you buy, you never know for sure what ingredients are inside, as well as their concentrations. This uncertainty adds another level of danger to these drugs. Your body’s reactions to each pack of these drugs could be different. Sometimes, you may end up fine, but other times, you may end up very sick and require medical care.

Because you never know what you’re getting, the side effects of synthetic marijuana are varied, unpredictable, and highly risky. The extra potency of the drugs further magnifies those side effects.

What are the side effects of using synthetic marijuana?

As synthetic marijuana has stronger effects than naturally-occurring THC, it takes less to achieve harmful side effects.

As an overview, most synthetic marijuana products affect brain function. They can make you experience these symptoms:

Aside from disturbing the brain, these drugs also have the following physical side effects:

Sometimes, your body’s reactions can be so intense that the side effects can turn lethal. Heart attacks and strokes, in particular, are immediate threats to your life. When this happens, you must immediately call for medical help, or have someone call 911 or bring you to the emergency room.

Is it possible to overdose on synthetic marijuana?

If you are physically dependent on synthetic marijuana, you are at risk of overdosing on it. When this happens, your body can no longer handle the excess amounts of the drugs inside of it, leading to symptoms such as:

Overdose symptoms can also endanger your life. Call 911 or have someone get help when you experience these symptoms.

Does synthetic marijuana cause withdrawal?

Because synthetic marijuana also has addictive properties, you may also struggle with withdrawal symptoms when you try to quit. Here are some of them:

Depending on how much of the drugs you have taken, and for how long, these symptoms may range from mild to severe. One thing is certain, though: These withdrawal symptoms will make it nearly impossible to quit using the drugs by yourself. Even if they’re mild, the symptoms may get so annoying that your only recourse would be to take the drugs again, just to relieve yourself.

The best way to get rid of a synthetic marijuana addiction is by getting professional help. With that, you will have the best chances of getting your normal life back.

How can synthetic marijuana addiction be treated?

If you happen to be addicted to synthetic marijuana, don’t worry. You can benefit from several evidence-based treatments, such as cognitive behavioral therapy and joining support groups. You may also need to go through detox sessions to rid your body of all traces of synthetic marijuana. Doctors and other medical professionals will be there to help you out, and you can call on them should you feel any discomfort or pain.

Therapists will then teach you new life skills to overcome your drug-seeking behavior. They will help you create healthy ways of dealing with the emotions and events that trigger drug cravings. Later on, you will regain control of your life, and you’ll be able to live sober.

What Drugs Do Outpatient Rehabs Test For?

Outpatient addiction treatment can help with the treatment of various

Why Is Gabapentin Bad?

Gabapentin is a prescription drug used for treating partial seizures,

The Family and Medical Leave Act (FMLA) entitles you to