Heroin is a common recreational drug that produces quick, intense “rushes” of pleasurable feelings. The fast action of the drug makes it popular among users, especially those who want instant highs.

Heroin is a kind of opioid drug, and it is in the same category as opioid painkillers like morphine, meperidine, and fentanyl. Just like other opioids, heroin has addictive properties. The main difference is heroin has no approved medical uses.

If you have been using heroin for a while, it is likely that you have developed heroin use disorder (heroin addiction). If you try to quit on your own, you will experience uncomfortable withdrawal symptoms, making it really hard to stop taking the drug.

Thankfully, there are medications available to help you manage these withdrawal symptoms. These medications are often taken under medical supervision as part of a detox process.

What medications are used? 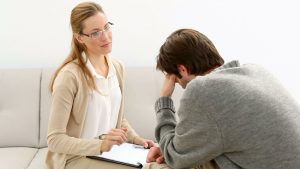 The medications used in treating heroin withdrawal work in the same way as heroin does. They act on the brain’s opioid receptors, but they do not produce the addictive effects of heroin.

Opioid agonists and partial agonists have nearly the same actions as heroin. They bind to opioid receptors in the brain, but unlike heroin, they do not produce an intense rush of pleasurable feelings. Partial opioid agonists produce even weaker effects. This way, these medications are not addictive.

Opioid antagonists, on the other hand, are blockers. They prevent heroin molecules from binding to opioid receptors, which stops the pleasurable effects of heroin. In turn, you will no longer get any rewarding feelings from taking it.

Not all medications are appropriate for all patients. Which ones you will get depends on your particular needs.

Here are some of the most common medications used to treat heroin withdrawal. 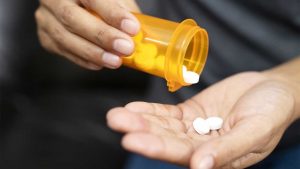 Methadone is also an opioid drug, similar to heroin. But unlike heroin, methadone acts much more slowly. It is an opioid agonist, but it does not reach your brain as rapidly as heroin, so the effects are neither as instantaneous nor as intense.

Methadone is effective in reducing the “high” that you feel when taking heroin. This way, when you are detoxing, it can prevent withdrawal symptoms from developing. You would feel similar sensations as when you were still using heroin, but they will be milder.

Methadone is one of the oldest treatments for heroin addiction — it has been in use since the 1960s. Even if newer medications are available today, methadone remains to be an effective treatment, especially for patients who do not respond well to other medications.

Methadone is a tightly regulated drug, so it is only available in certain rehab centers with approval to dispense it.

Buprenorphine is one type of partial opioid agonist. That means it can reduce your cravings for heroin without making you “high.” It also helps relieve withdrawal symptoms, as your brain is not suddenly “shocked” by the absence of drug molecules.

To increase the effectiveness of buprenorphine, it may be combined with another drug called naloxone to prevent misuse.

Naloxone is another partial opioid agonist, which is often used in combination with buprenorphine. There are medications that contain both components in one, such as Suboxone. 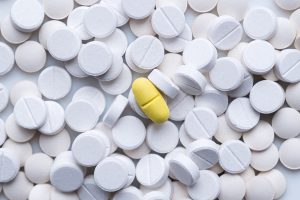 Naltrexone is an opioid antagonist. As such, it prevents heroin molecules from reaching your brain’s opioid receptors. Naltrexone is neither addictive nor sedating, making it quite safe for use in heroin detox.

In many cases, though, patients have trouble complying with a naltrexone medication. They are supposed to take it daily, but they neglect to, making the medication less effective. Thus, medical supervision is important in making sure patients stick to their medications.

Aside from the drugs mentioned above, you may also be given additional medications to help you deal with the physical discomfort of withdrawal from heroin. Here are some of them.

Loperamide is often used to treat diarrhea, which is one of the withdrawal symptoms of heroin. This is important in preventing dehydration, which can lead to more serious complications if left untreated.

Ibuprofen is a pain reliever, but it is not an opioid. Doctors may prescribe it to you to help relieve muscle pains if you have them.

Promethazine is a drug used to relieve nausea and vomiting. This medication can be prescribed along with loperamide to more effectively prevent dehydration. Vomiting and diarrhea are leading causes of dehydration induced by heroin withdrawal, so dealing with these symptoms is essential.

Clonidine is a medication used to control high blood pressure. If you have this withdrawal symptom, doctors may give you clonidine to return your blood pressure to normal levels.

Will I be clean after taking these medications? 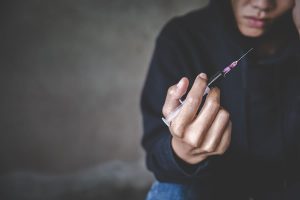 Medications are only one part of recovering from a heroin addiction. After detox and medications, the next phase of treatment involves behavioral therapies. These will address the mental and emotional aspects affected by the addiction.

One common kind of behavioral therapy is known as CBT or cognitive behavioral therapy. In CBT, your therapist will teach you to replace negative thoughts and behaviors with positive ones. In turn, you can avoid drug triggers and manage negative emotions without resorting to addictive substances.

Another helpful behavioral therapy is known as contingency management. Here, you get rewards each time you return a negative drug test. The longer you stay clean, the greater the incentives get.

If you genuinely want to quit your use of heroin, rehab is the best option. Talk to your primary care doctor or a mental health professional today to know which treatments will work best for you.