Meth, or methamphetamine, is an illegal drug classified as a stimulant. It is very potent and highly addictive. The most common form of this drug is called crystal meth, so called because of its appearance as shiny, bluish-white rocks. When crushed into smaller pieces, crystal meth looks like shards of glass.

The pleasurable “high” derived from meth is fast-acting and short-lived. For that reason, many users take several doses of meth in a day to have their fix. This practice increases the risk of addiction and overdose.

If you think you are addicted to meth or are showing signs of addiction, you will need to go through meth detox. Here are a number of things to watch out for.

How does meth become addictive?

Meth is a very strong stimulant drug. It affects your brain by increasing the amount of dopamine present. Dopamine is a chemical messenger in the brain responsible for producing feelings of reward. So, taking meth reinforces this reward mechanism, which makes you want to take more and more of the drug.

Also, the euphoric high produced by meth fades away rather quickly. Thus, you may be tempted to take lots of meth in a short period to maintain that high. As meth stimulates your brain to release more dopamine, the more you will crave the drug.

Here are the common effects of meth that you may feel right after taking it:

In particular, the heightened alertness and wakefulness is one thing that many users really like about meth. That effect adds to the addictive potential of the drug.

If you take meth habitually, the vicious cycle ends in addiction. Once you become addicted, you will need meth detox as soon as possible.

How would I know if I’m addicted to meth?

Long-term exposure to meth changes the structure and function of your brain. Because of this rewiring of your brain, you will show a number of noticeable changes in your behavior. These may include:

These behaviors will cause your life to spiral out of control. If you find that you can no longer function normally without meth, it is time to seek help.

If you are aware that you have a meth addiction, you may try to quit using the drug on your own. This is difficult, though, because withdrawal symptoms will make you quite uncomfortable as you stop taking meth. These symptoms may include:

Other harmful effects of meth

In addition to these behavior changes, meth addiction has other negative effects such as:

One very clear sign of meth addiction is a pronounced change in your body mass. Since meth can decrease your appetite, continuously taking the drug will make you want to eat very little. You will then be progressively skinnier the longer you are on the drug. In severe cases of meth addiction, users can be seen with a body frame that is almost skin and bone.

Another particular consequence of meth addiction is the extreme itching sensations in many parts of the skin. You will always have the urge to scratch, and eventually, your skin will develop sores from the constant scratching. In fact, Chester Bennington, the former vocalist of Linkin Park, used this effect of his crystal meth use as inspiration for the band’s hit song, “Crawling.”

One more danger of meth addiction is accidental overdose. If you are not careful in watching how much meth you are using each time, you can suffer a deadly overdose. Statistics show that around 15 percent of cases of drug overdose deaths in the US are from methamphetamines. Meth overdoses can lead to the following life-threatening conditions:

What is meth detox? 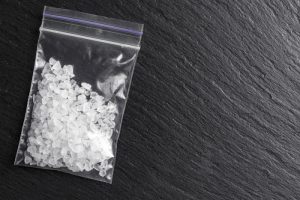 If you show the signs of addiction, overdose, or any harmful long-term effects, you will need meth detox. This is a process that will help remove the drug from your body. While detoxing, a medical team will be at the ready to give aid whenever you feel pain, discomfort, or if any medical emergencies occur.

The medical team may give you medications to ease any withdrawal symptoms. For instance, the drug Modafinil, which helps you sleep better, can be given to you if you experience insomnia. Modafinil also has moderate stimulant effects, which can work to reduce your cravings for meth. Additionally, this medication has been shown to restore the cognitive functions affected by meth, such as memory.

If you have anxiety while detoxing, fluoxetine (Prozac) may be prescribed. Prozac is a common antidepressant, and research has indicated that it has the potential to help ease meth withdrawal-related anxiety.

The entire meth detox process can last for 50 hours, which is a little over two days. This is the best time to recover lost sleep and food intake.

At the end of the detox, you may still have withdrawal symptoms. According to one study, these may stay on for two weeks to a few months.

Dealing with the persistent withdrawal symptoms

Detox is not the only treatment you will go through. After it, you will also undergo several behavioral therapies to help wean you off your drug-seeking behaviors. Medications may also continue to help you manage any lingering withdrawal symptoms.