Codeine is a drug often prescribed as a painkiller and sometimes used as a cough medicine. It is classified as an opiate, a family of drugs that include morphine, oxycodone, and the illegal drug heroin.

Aside from being a prescription medication, codeine is also abused as a recreational drug. If you take it this way, you may achieve a pleasurable, euphoric high. The longer you misuse codeine, the more likely you will develop an addiction to it.

It’s also possible to become physically dependent on codeine even if you’re taking it under prescription. Getting off the drug may be hard, as you can experience unpleasant withdrawal symptoms. These symptoms can get so severe that they could compel you to just take codeine again.

What does codeine do?

Codeine is a drug derived from the opium poppy plant. It is not as powerful as morphine or other opiates, but it is still classified as a narcotic. Narcotics are substances that alter your mood and behavior, and they have the potential to become addictive. While codeine is a regulated substance, the rules are not strict.

You can find codeine as an ingredient in cough syrups. It’s often combined with acetaminophen (paracetamol) to produce better anti-inflammatory effects. However, there is not much evidence showing codeine as an effective treatment for cough.

Why can I become dependent on codeine? 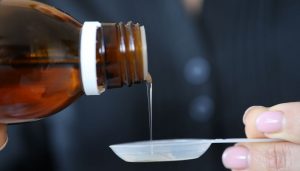 At first, a small dose of codeine is enough for you to feel its effects. But as you take the drug over time, the same amount may not work as well as your first dose. With that, you may have the urge to increase your dose to get the same effects.

If you increase your dose on your own, you will likely develop tolerance. You’ll need higher doses of codeine to feel its effects. Eventually, it will come to a point where you will feel the need to take codeine just to feel normal.

The chances of developing dependence on codeine vary. Some people become dependent after taking the drug consistently for a time. Others, though, can become dependent even if they take the drug following their doctors’ prescriptions. This depends on your genes, metabolic profile, and other factors that have to do with your body and heredity.

How does codeine become addictive? 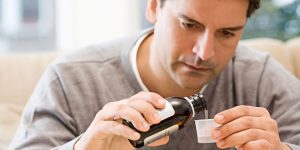 If you have become dependent on codeine, you will have a much harder time quitting. If you stop taking it, withdrawal symptoms will show up. When you’re experiencing withdrawal, your tendency would be to take codeine again to relieve the withdrawal symptoms.

Clear signs of a codeine addiction are behavior and lifestyle changes. Generally, you will become more and more dependent on the drug to function normally. You will spend more time, money, and effort acquiring and taking codeine. The more important aspects of your life will suffer, such as your family life, friendships, career, and studies.

Some individuals with codeine addictions ask their doctors to give them higher dosages. If their doctors say no, they may resort to the black market and acquire codeine illegally. Others would even go “doctor shopping,” where they visit different doctors and present fake symptoms to get extra codeine prescriptions.

There is also a street concoction of this drug called Purple Drank, Sizzurp, or Lean. This is a drink made by combining codeine-containing cough syrup with soda. Concoctions like this make it even easier to abuse codeine.

What are the withdrawal symptoms of codeine?

When you are either dependent on or addicted to codeine, quitting the drug will lead to uncomfortable symptoms of withdrawal. They can show up just a few hours after you last took the drug. These withdrawal symptoms are consequences of your body trying to balance itself.

Early withdrawal symptoms from codeine use include:

Later on, these additional withdrawal symptoms may develop:

Depression, in particular, can persist for months even after you have quit codeine.

What are the treatments included in codeine rehab? 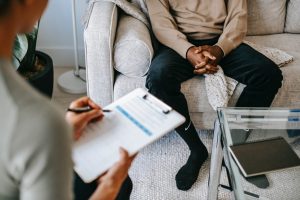 Before you can proceed with treatment, you first have to acknowledge that you have a problem with codeine abuse. Acceptance will make you more motivated to go through treatment and complete it.

Often, the first stage of any addiction treatment program is medically-assisted detox. This process eliminates all traces of the drug from your body. You will go through detox once you’re enrolled in a formal codeine rehab program.

Medically-assisted detox helps you quit codeine safely while minimizing the impact of withdrawal symptoms. If you experience any severe discomfort or complications, doctors can prescribe medications for relief. Usually, your detox would involve a process called “tapering off.” This is a gradual decrease of your codeine dose until your body can tolerate a zero dose.

After detox is done, the process of psychological and emotional healing can begin. You will be subjected to various behavioral therapies, which will help you undo the psychological damage done by drug abuse. Here are some of the most widely used therapies.

Here, you will talk one-on-one with a therapist to discuss the root cause of your addiction, its effects on you, and what you can do to avoid drugs. Other times, this kind of therapy is called psychotherapy or talk therapy.

Dual diagnosis treatment addresses both addiction and any underlying mental health condition. You may not be aware of it, but you could be suffering from a mental disorder brought about by your drug abuse. Dual diagnosis treats both issues at once, making it more effective.

This type of therapy gives you a range of activities you can be busy with. The goal is to use these activities to eventually replace your tendency to use drugs. Activities used in experiential therapy include:

Group therapy involves you and at least one other person working with a therapist to resolve psychological issues. The main benefit of group therapy is a sense of community, where you can share your struggles and learn from your fellow patients in the process of recovery.

What Are The Signs That I Need Meth Detox?

Meth, or methamphetamine, is an illegal drug classified as a